Create an Account - Increase your productivity, customize your experience, and engage in information you care about.

Join us Friday, June 24, 2022, for the Ted Bearth Grande Parade, the kick-off event to the City of Oakdale’s annual Summerfest celebration. Returning paradegoers and participants, please note this year's parade is on Friday (the parade had traditionally been on Thursday, and has been moved to Friday with the new event schedule). 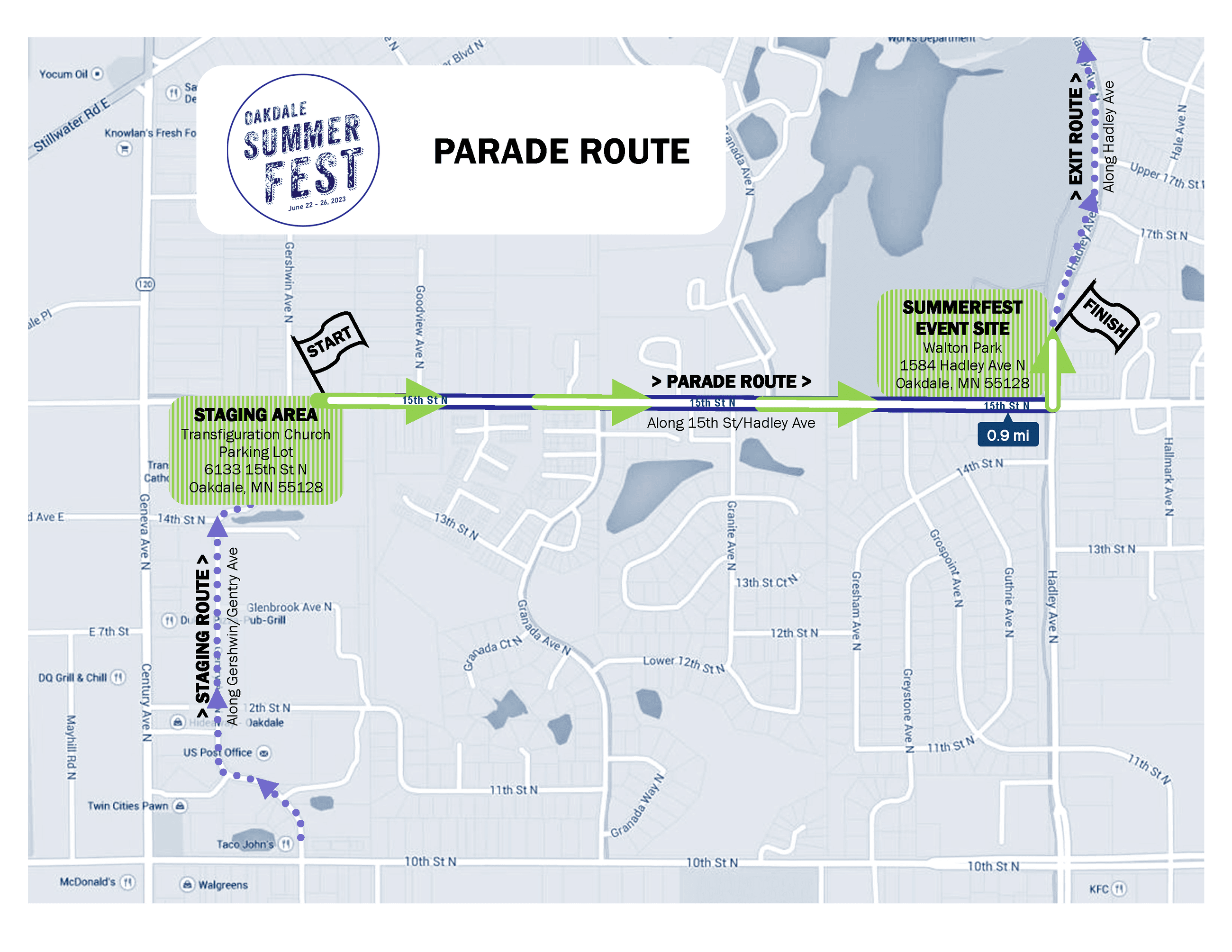 The parade route, nearby streets, and the City Hall parking lot close to traffic at 5:30 PM and reopen at the end of the parade; around 9 PM.

Let us celebrate and congratulate Oakdale's recently retired Fire Chief Jeff Anderson. After 41 years of service to the Oakdale community, he and his wife Kay lead this year's parade as the Grand Marshals. Thank you Jeff for your leadership and growing Oakdale Fire into what is has become today. Enjoy retirement!